Inspired by J. M. Barrie’s “Peter Pan”, this theme pays homage to the wonderful characters and environments described in that 1911 work of fantasy.

Let your imagination soar like Peter through the skies of Neverland. See Captain Hook and his pirate crew unloading stores, guns and cannon balls on the beach, along with gilded chests and piles of treasure, golden urns, casks of rum other pirate loot. Feast at a rustic banquet table hidden in the lush green forest depths, surrounded by the eclectic flotsam and jetsam collected by the Lost Boys on their foraging trips across the island. See the twinkling lights overhead as Tinkerbell darts this way and that through the leafy canopy and feel dreamy with the warming glimmer and flickering glow of lit candles in their rustic candelabras.

Be Peter, be Wendy – and be carried away to Neverland. 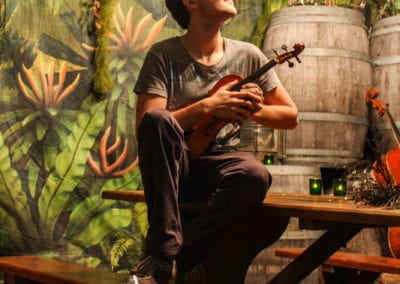 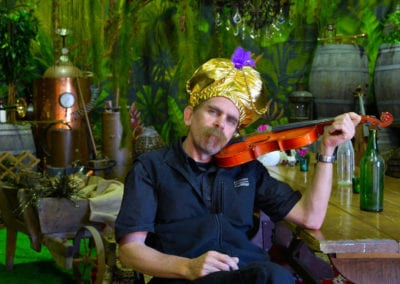 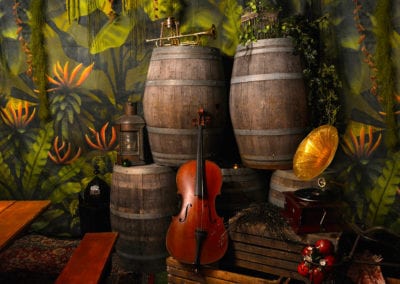 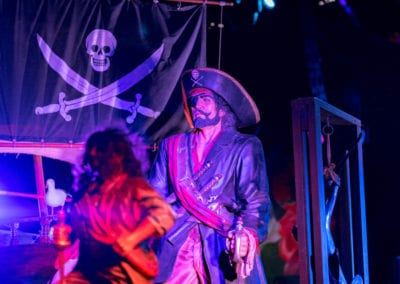 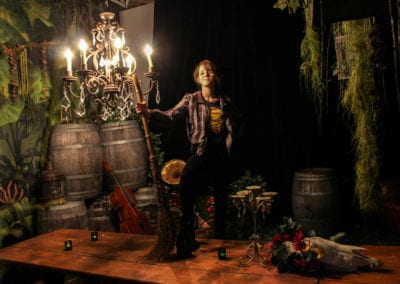 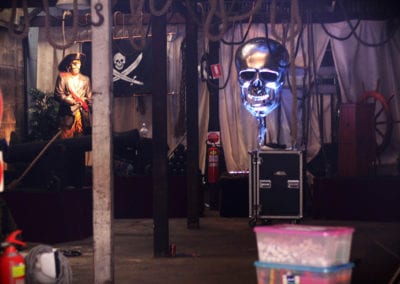 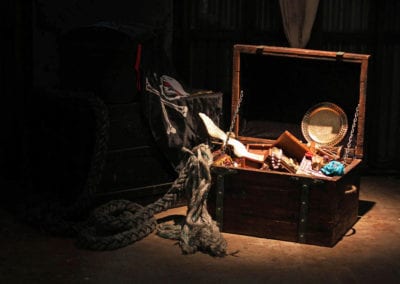 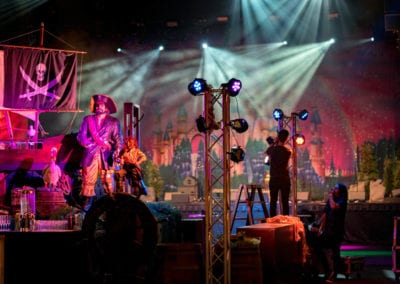 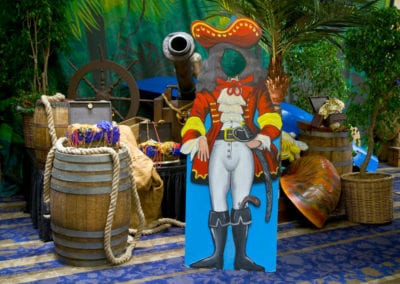 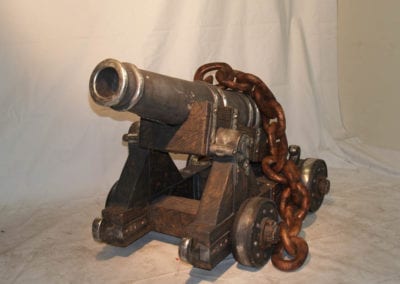 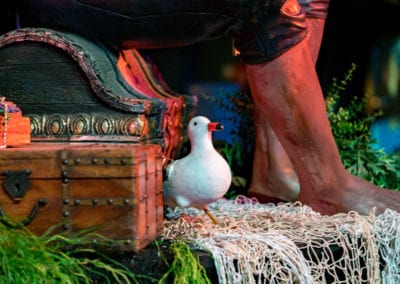 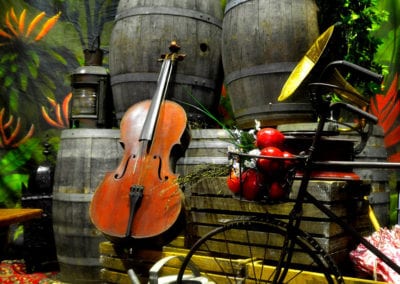 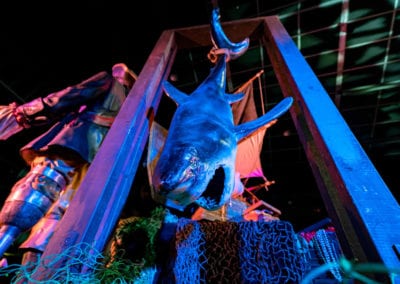 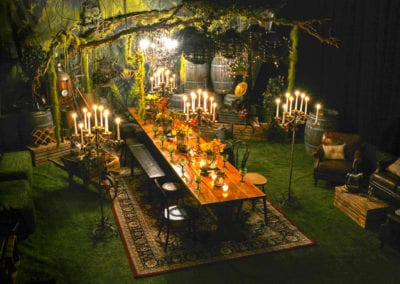 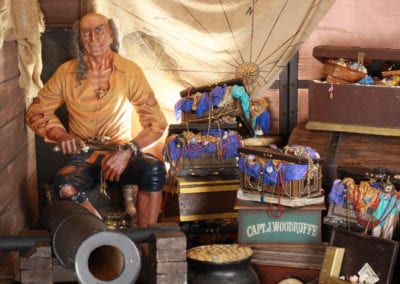 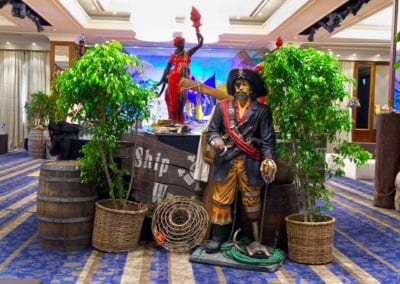 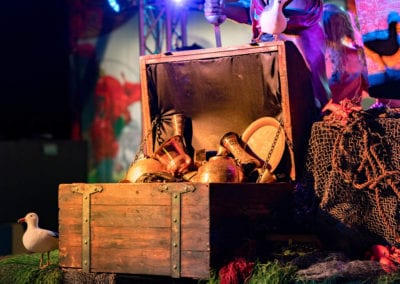 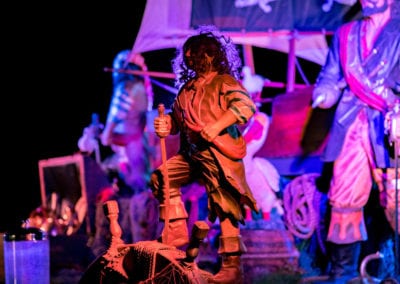 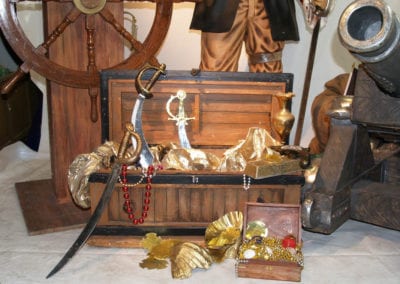 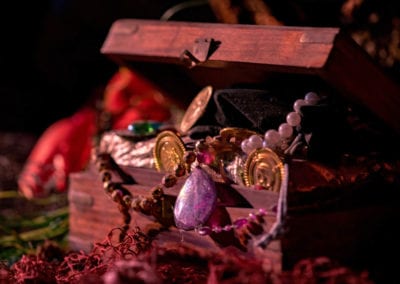 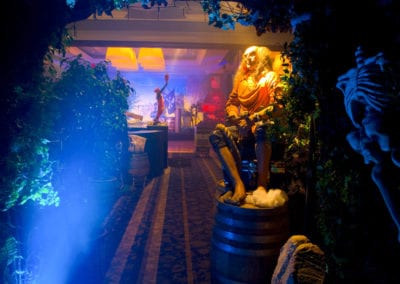 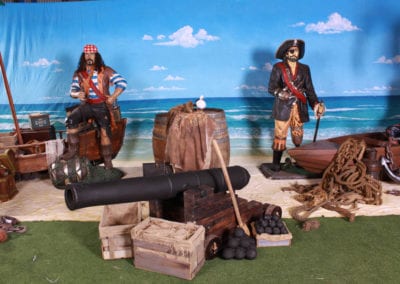 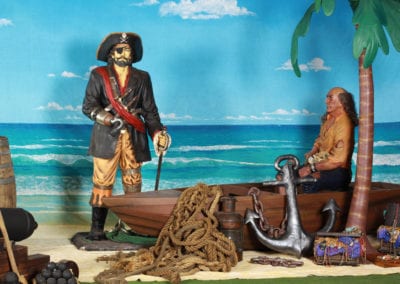 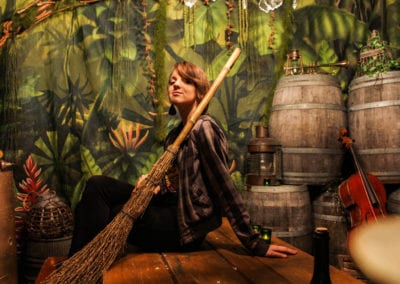 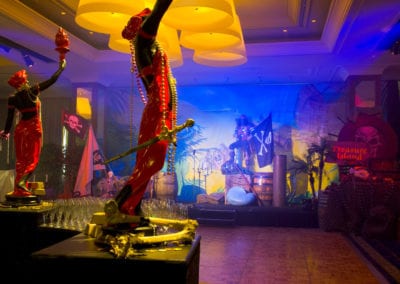 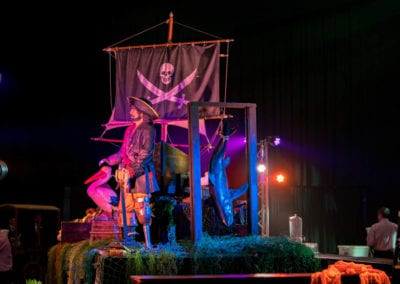 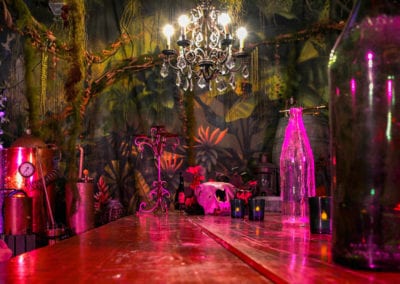 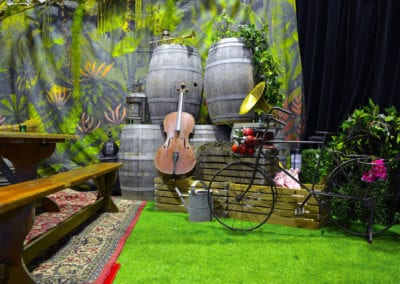 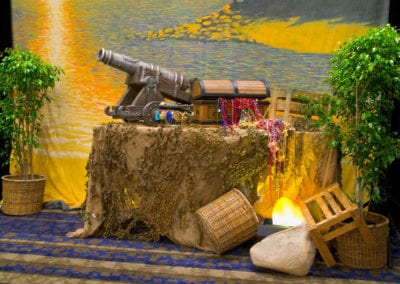 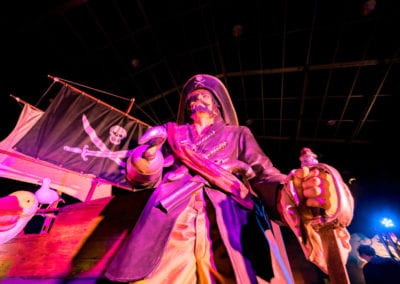