Phantom of the Opera Theme

Inspired by the “The Phantom of the Opera” by Gason Leroux, this theme pays homage to that 1910 novel with a theatrical interpretation of the operatic themes depicted in the book.

Staged as a masked banquet, similar to our Masquerade theme, this design uses many architectural components such as stone walls, archways, balustrades, fountains, and columns, to define a space with a sense of drama, where sparkling light from chandeliers dissolves to shadows, where painted cloth and drape transitions to old stone walls and dimly lit passages – where the opulence of the banquet belies the austere environment which is the Phantom’s home – in the cellars under the Paris Opera House. It’s moody but not dark – it’s fun but with a hint of expectation. We all know the story – your guests can imagine it unfolding around them.

We can also supply character actors, bands, djs and other performers. 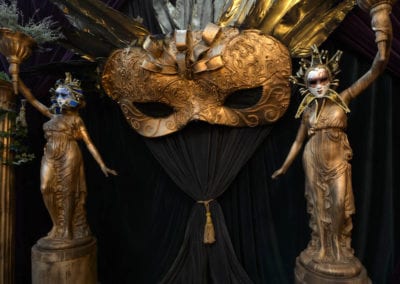 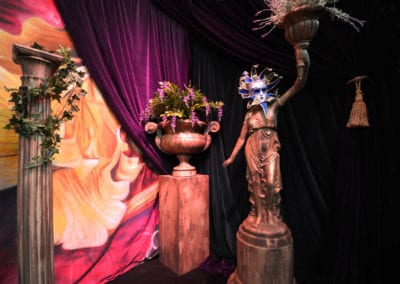 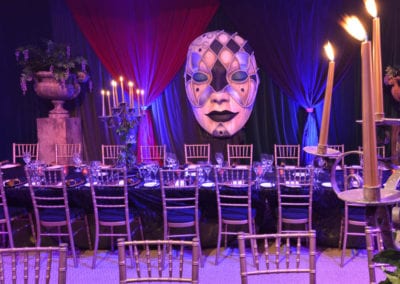 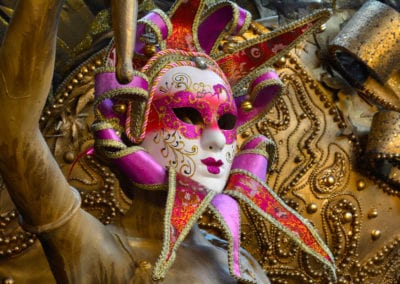 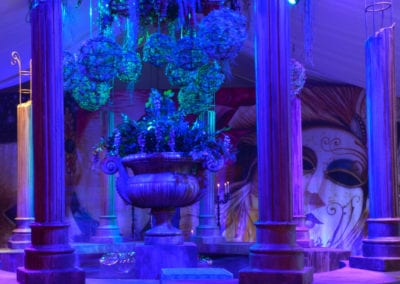 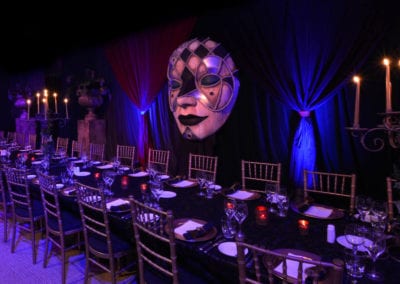 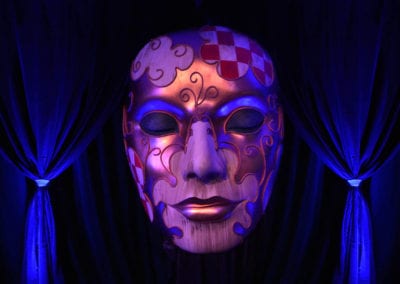 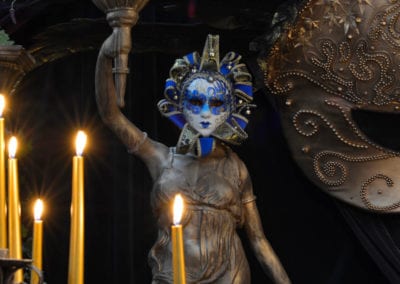 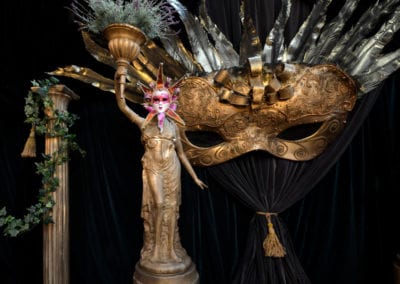 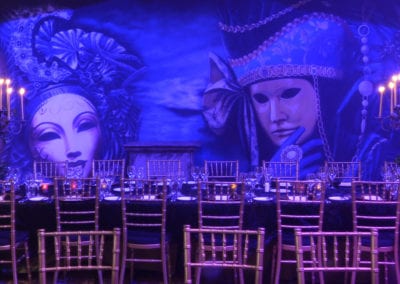 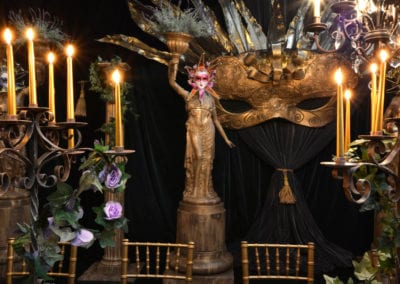 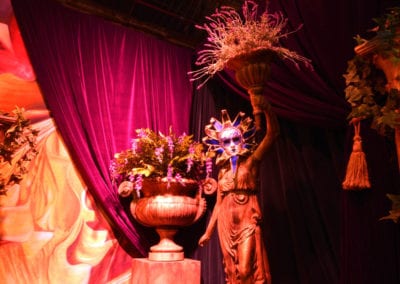 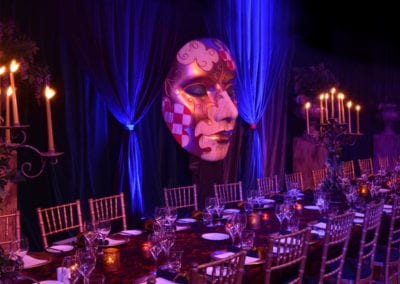 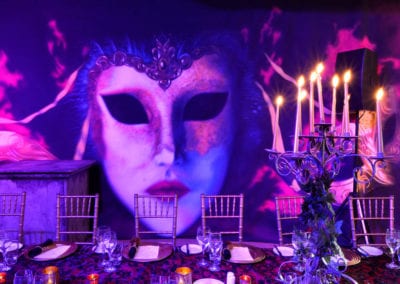 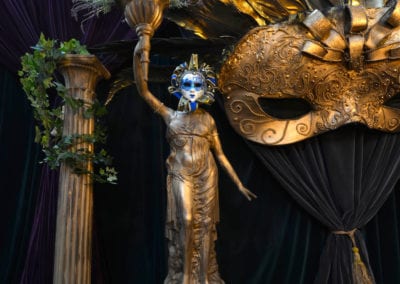 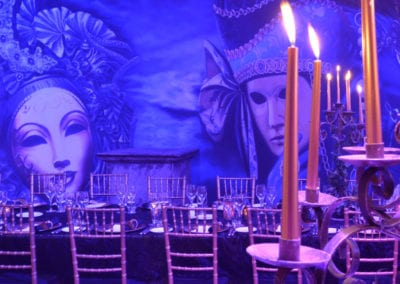 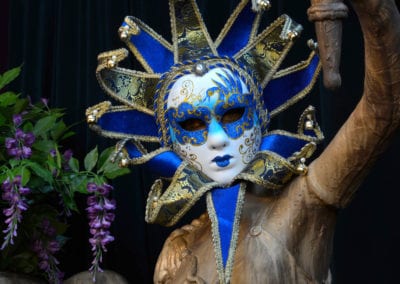 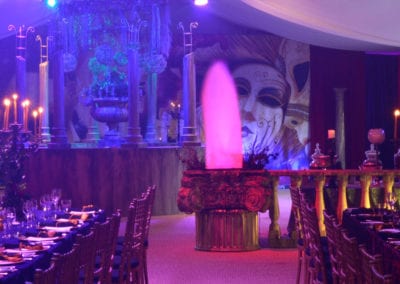 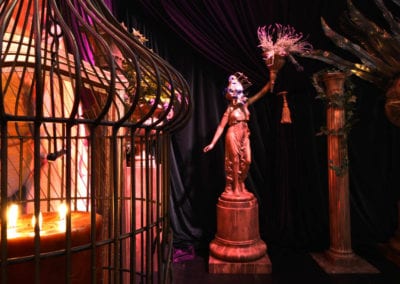 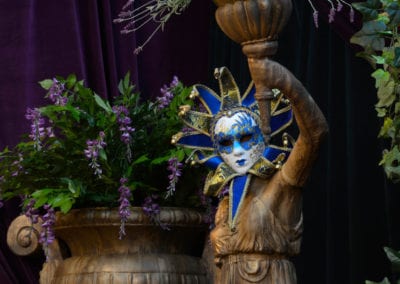 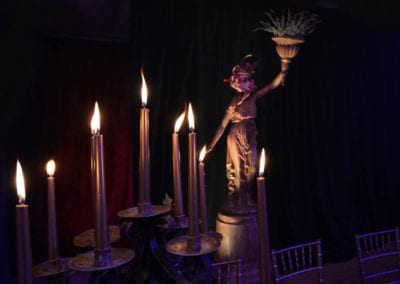 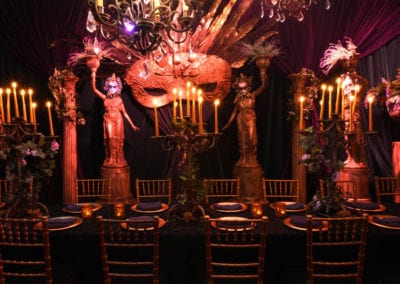 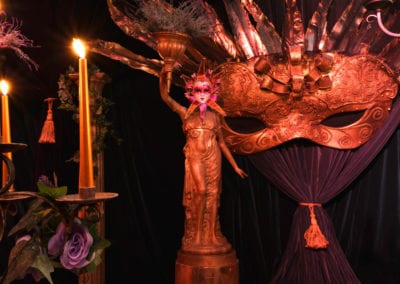 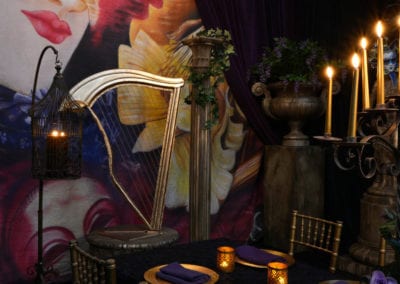 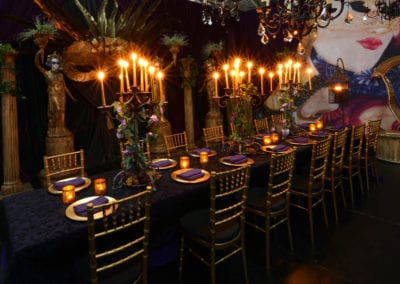 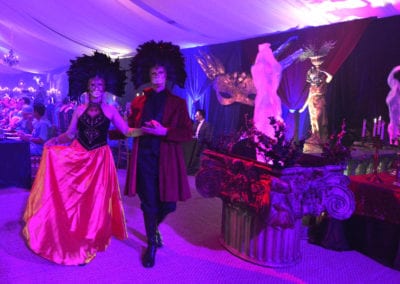